Not Included in the Lecture

Last night I gave a lecture at MOHAI called "In Search of Seattle Style" in which I combed through Seattle's past to try to unravel the history behind the city's complicated relationship with fashion. But that is not what this post is about. This post is about how distracted I get when I do historical research because old-timey magazines are hilarious. 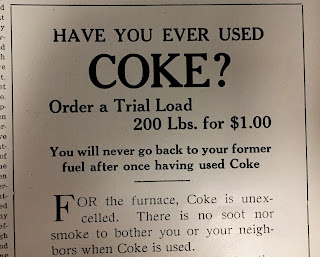 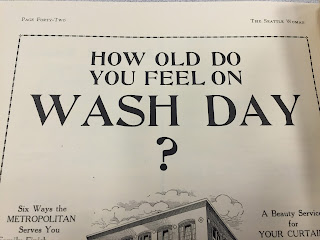 Something about the minimalism of this ad just gets me. It isn't actually clear what happens when call Peggy. It sort of sounds like "Are you overweight? Then call Peggy because she loves to talk about that kind of stuff." Actually, I hope that Peggy Eckford is actually an amazing listener and empowering speaker and just tells you that you are already wonderful, strong, powerful, and beautiful. And when you hang up you are just like:

Wow Peggy. No wonder your results are guaranteed.

I also enjoyed this image caption: 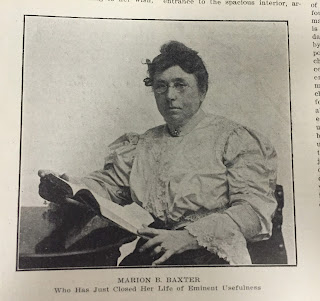 The caption says:
MARION B. BAXTER
Who Has Just Closed Her Life of Eminent Usefulness

When I first read it I didn't get that she had recently DIED and that it was trying to applaud her for a life well lived. What it sounds like is that she is still alive but someone is just publicly announcing that the useful period of her life is over. Like that feeling you get when you are in a meeting or with a big group of people and at first everything is great and people are listening to what you are saying, but then you say something incredibly stupid and everyone just goes quiet for a moment? And you are just sitting there thinking "Clara E. Berg has just closed her life of eminent usefulness."

Did you know that before the famous gossip column "Page Six," Seattle had it's own less-successful version on page five: 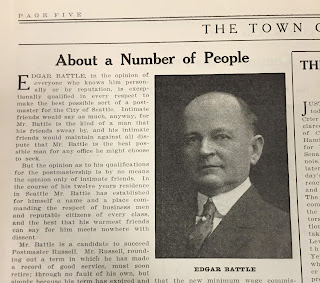 The author of this column later became a historian and wrote a book called Things That Happened In Various Places.

I also had a giggle over the photos in a feature about the charity work of local society matrons. My goal is to be this woman: 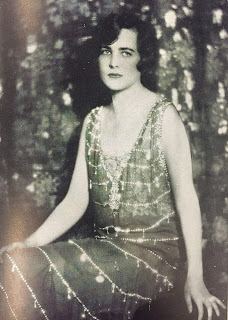 But some days I feel more like this woman: 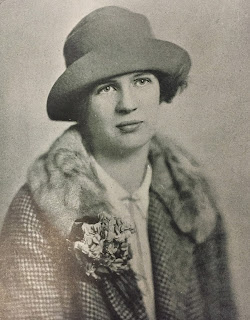 Posted by ClaraBerg at 12:17 PM No comments: