Let's All Come Together And Make Fun Of This Fashion Book

Election season got you down? Let's join hands and find something we can all agree on. Like how great it is to make fun of really atrocious fashion history books.

Several years ago I started reviewing academic fashion books for a publication called Choice. Most of my reviews have been positive, and only once have I had the pleasure of ripping into one of those books and marking it as "not recommended." This month I got another opportunity.

The book is called Fashion Innovators and it basically a two-volume encyclopedia of fashion biographies. 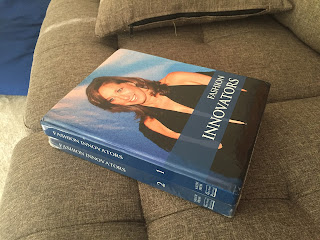 So I crack open the first volume and I notice is that it is almost all text, with only a few portrait illustrations which are creepy and look like police sketches. 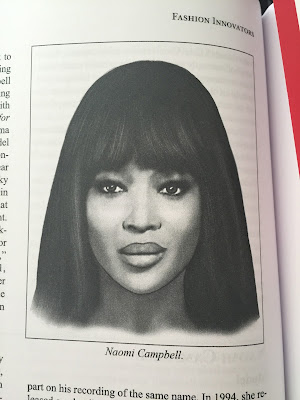 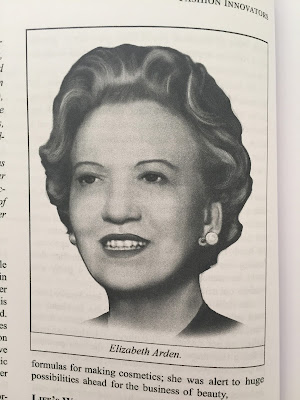 So far, so terrifying. I head straight for the Chanel essay because that is a good litmus test of accuracy vs. repeating incorrect old myths. Sure enough, it talked about how she freed women from the corset, introduced the bob haircut, and basically singlehandedly invented fashion of the 1920s -- or as the book puts it, the "flaming 20's."

Ok, so there is definitely blood in the water now. I gleefully flip to the index to see who else is likely to have an error-ridden essay. Instead, I get distracted by a lot of names I don't know. And some I do know...but I'm not sure how they qualify as "one of the most innovative and influential individuals in the development of fashion." Like actors Dijimon Hounsou and Cameron Diaz.

I go to Hounsou's essay and see a pretty brief bit on a modeling career but most of it is about his acting.  Now, each essay includes an "affiliation" sidebar, which is supposed to be about the "primary company or organization with which the individual has been most significantly associated." For example: Liz Claiborne's affiliation is "Liz Claiborne, Inc". But for Djimon Hounsou, his nearly full-page sidebar is about the movie Amistad. And no, they don't make some interesting case about it being a fashion movie. It is just a summary of the plot and what Hounsou had to say about working on it.

I find other mystifying essays, many about people who are famous for things other than fashion. Such as Ellen Stewart, who did some fashion designing but is mostly known as an influential theater director and producer. Or doll designers Madame Alexander and Robert Tonner who are...famous for making dolls.

I also start noticing some glaring omissions. Where is Paul Poiret? Jeanne Lanvin? Elsa Schiaparelli? I go back to the Publisher's Note see that these biographies are mostly taken from a magazine called Current Biography which began publication in 1940. Ok, so I guess the scope of this book is actually 1940 onward, and maybe I can concede that their peak years were prior to that. BUT THEN YOUR BOOK SHOULD BE TITLED FASHION INNOVATORS: 1940-PRESENT.

But this also starts to make more sense. I start to think that this book may actually have been written by a robot. They probably did a word search for "fashion" in all their Current Biography essays and just slapped together whatever came up.

The Publishers Note brags that the book has a "strong multi-ethnic, cross-gender focus" so maybe by including Dijmon Hounsou and Ellen Stewart they were trying to have more people of color. Fine. The fashion world could certainly do better on the diversity front. But the thing is, you don't exactly have to grasp for straws to come up with POC who are important and influential in the fashion world. Sure, Hounsou did some modeling and is black. But you know who also fits that criteria who wasn't included? TYSON BECKFORD. 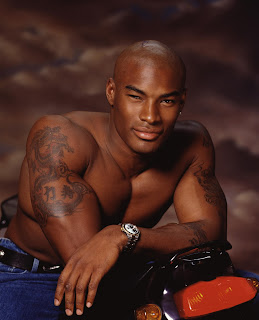 Easily the most successful and well-known male model of all time.

Once I starting thinking about it, I realized there were lots of POC who would be obvious choices for a book on fashion influencers and innovators but weren't included. Such as:

Also, I'm totally willing to be convinced that Hounsou is more important than I realize. But then MAKE THE CASE in the essay rather than telling me he was in LARA CROFT TOMB RAIDER: THE CRADLE OF LIFE.

And while white people aren't exactly struggling for representation in the fashion world, I still think that a book that made room for Cameron Diaz and Lauren Conrad could have made space for:

Yes, that's right. Let that sink in. AN ENCYCLOPEDIA OF FASHION BIOGRAPHIES THAT DOESN'T. INCLUDE. DIOR.

It is hard to top that but basically everywhere I looked this book was embarrassingly bad. Many of the essays were 10+ years out of date. For example, the "Life's Work" section of Alexander McQueen's bio ends with his "current" 2002 collaboration with YSL to create a woman's fragrance.

A tiny, fragile woman with pale, almost luminous skin, a high forehead, prominent cheekbones, and deepest brown eyes, Mme. Gres was described as looking like "a Sunday school teacher," a "madonna" or "the prioress of a Normandy convent."

This feels sexist. This is sexist, right?

Or a combination of physical appearance and...other information?

Nat Abelson was five feet seven and one half inches tall, weighed 165 pounds and had gray hair and brown eyes. He was of the Jewish faith and generally voted the Democrat ticket.

Is there a way to convey that information that doesn't
sound like I'm reading his FBI file?

I could go on and on. More weird sidebars, a totally useless and half-assed timeline at the end, and typos galore. But I'll leave you with just one final embarrassment.

Does anything seem off to you about this picture of "Yves St. Laurent"? 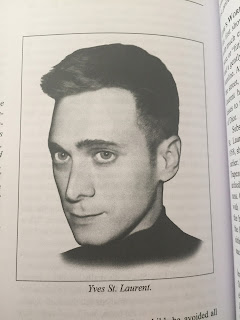 For those who don't know, YSL is pretty recognizable. More like this: 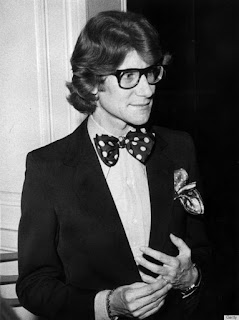 At first I thought well maybe when he was very, very young but even then I've never seen a picture of YSL without his glasses. I was just about to draw glasses on the picture when it hit me. 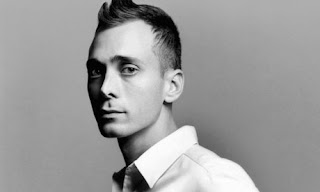 This is Hedi Slimane. He was creative director for Yves Saint Laurent from 2012 to early 2016.

Again. THEY PUT TOGETHER A BOOK ABOUT FASHION AND NO ONE WORKING ON THE PROJECT KNEW WHAT YVES SAINT LAURENT LOOKED LIKE.

Pictorial Recap Of My Trip To Montana

"Hey Clara, got any plans for the 4th of July weekend?"

"Weren't you just there?"

"No, that was Kansas. It is a different place." 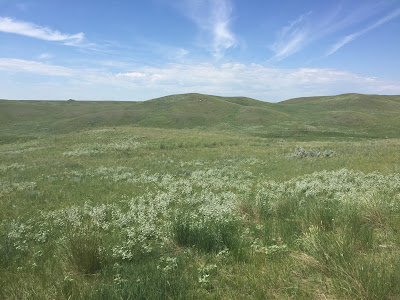 Yes, Montana. Where all my pictures end up looking like default desktop backgrounds. When I wasn't snapping perfect scenery shots I was filling up my camera with amazing mannequins at the local history museum in Glasgow. 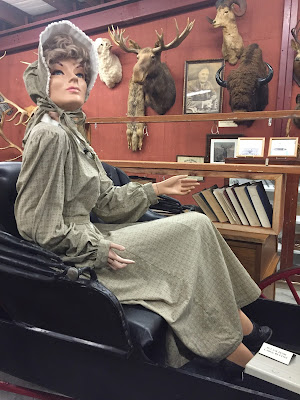 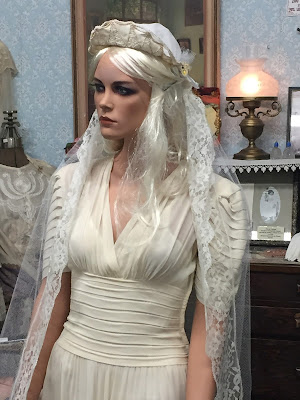 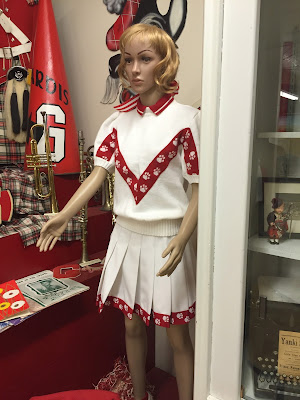 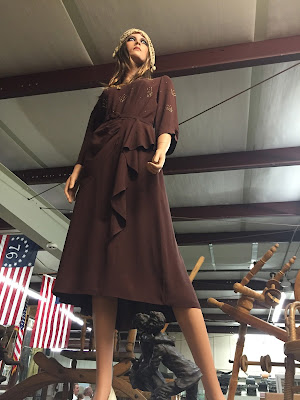 Maybe the scariest photo I have ever taken 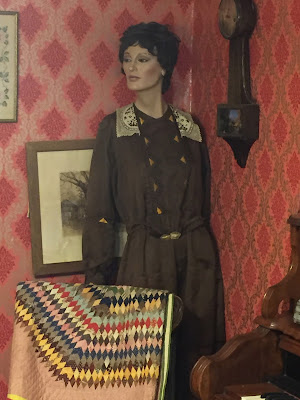 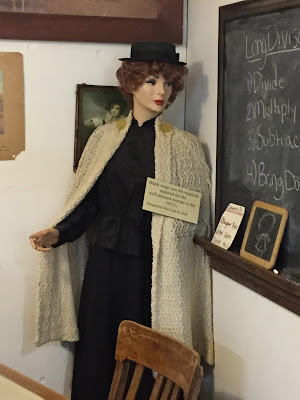 But there were things at the museum other than mannequins. I found these drawings in the bathroom and have so many questions: 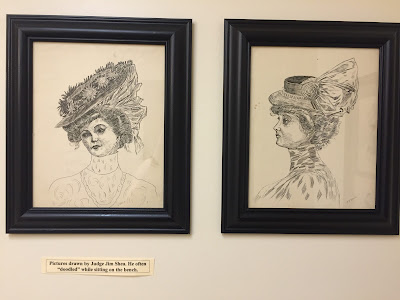 "Pictures drawn by Judge Jim Shea. He often 'doodled' while sitting on the bench"

Um ok, sure. But like, what year are we talking here? These ladies are in circa 1900 clothing and hats. Was he doodling around the turn of the century? So, like, he was just drawing pictures of attractive ladies in the courtroom (or attractive ladies in his mind???) while he was supposed to be listening to a case? Or alternately, he was doodling some decades later and was just thinking about women in old-timey clothes? Which, I mean, women in old-timey clothes takes up a lot of my brain space too but somehow this seems less ok? Or great? Like maybe he was a judge who actually really wanted to be a hat designer? I really need some answers Judge Shea.

Next up was a day at the family farm. The reason for this visit was that the farming community where my mom grew up was celebrating its centennial. My great-grandparents homesteaded in 1916 and my uncle still farms and lives on the site of the original homestead. 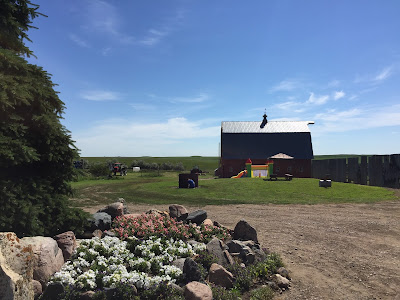 (I think the bouncy castle is new)

To provide an authentic historic farm experience (and to keep 100+ family members from traipsing through my aunt and uncle's house) we had these delightful farm bathrooms for the day: 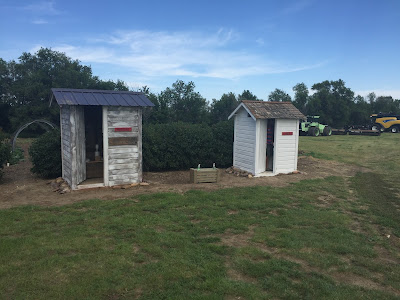 At one point we loaded onto a school bus for a tour of various historic homestead sites, which basically meant we were off-roading in a vehicle that most definitely wasn't built for the purpose. Our reward though was fresh peas straight from the field. 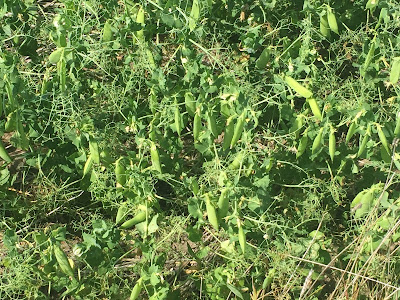 (possibly the only vegetables I ate all weekend)

And more opportunities for beautiful photos: 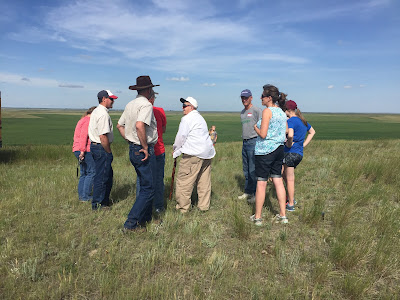 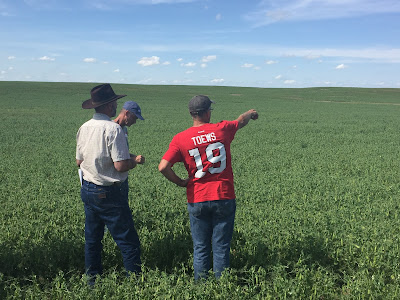 After farm day was the official centennial celebration at the high school. It rained the night before so the parking lot was full of cars that looked like this: 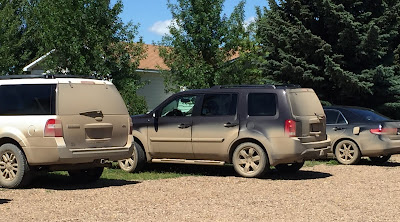 For lunch we had food that looked like this: 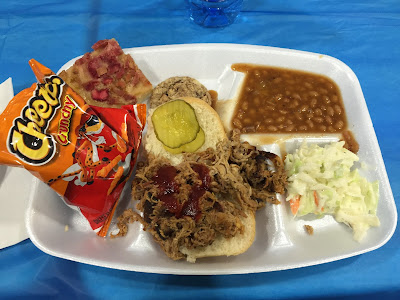 Is coleslaw a vegetable?

One thing I learned this summer is that apparently styrofoam is still a thing. When you arrive in Kansas or Montana, they basically just hand you a styrofoam container and are like "Here hippie, throw this away." 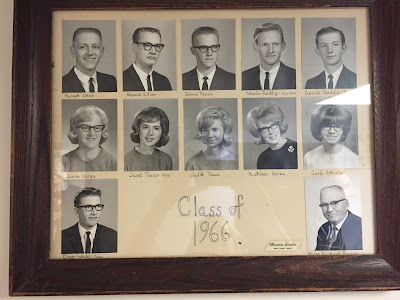 My mom (second from left in the row of perfect hair flips) was a senior in high school when they celebrated the 50th. She gave a speech for that celebration and so they asked her back for the centennial. 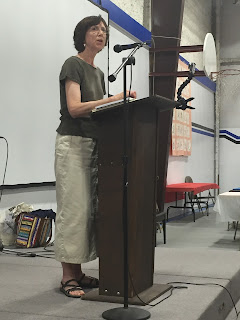 Of course she rocked it

All in all, it was a pretty great trip. 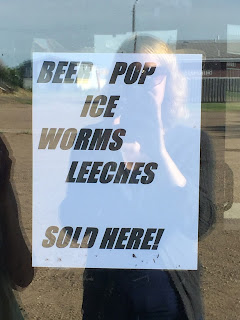 You just keep doing you, Montana.
Posted by ClaraBerg at 7:37 PM No comments: