This weekend I went to Portland for a Costume Society of America event (which it feels like I JUST did). I took the train (duh) but this time didn’t stay in the Ace Hotel because all their cheap rooms were booked. So instead I got a decent rate at a Mariott hotel and got to sleep in a giant, fluffy bed. 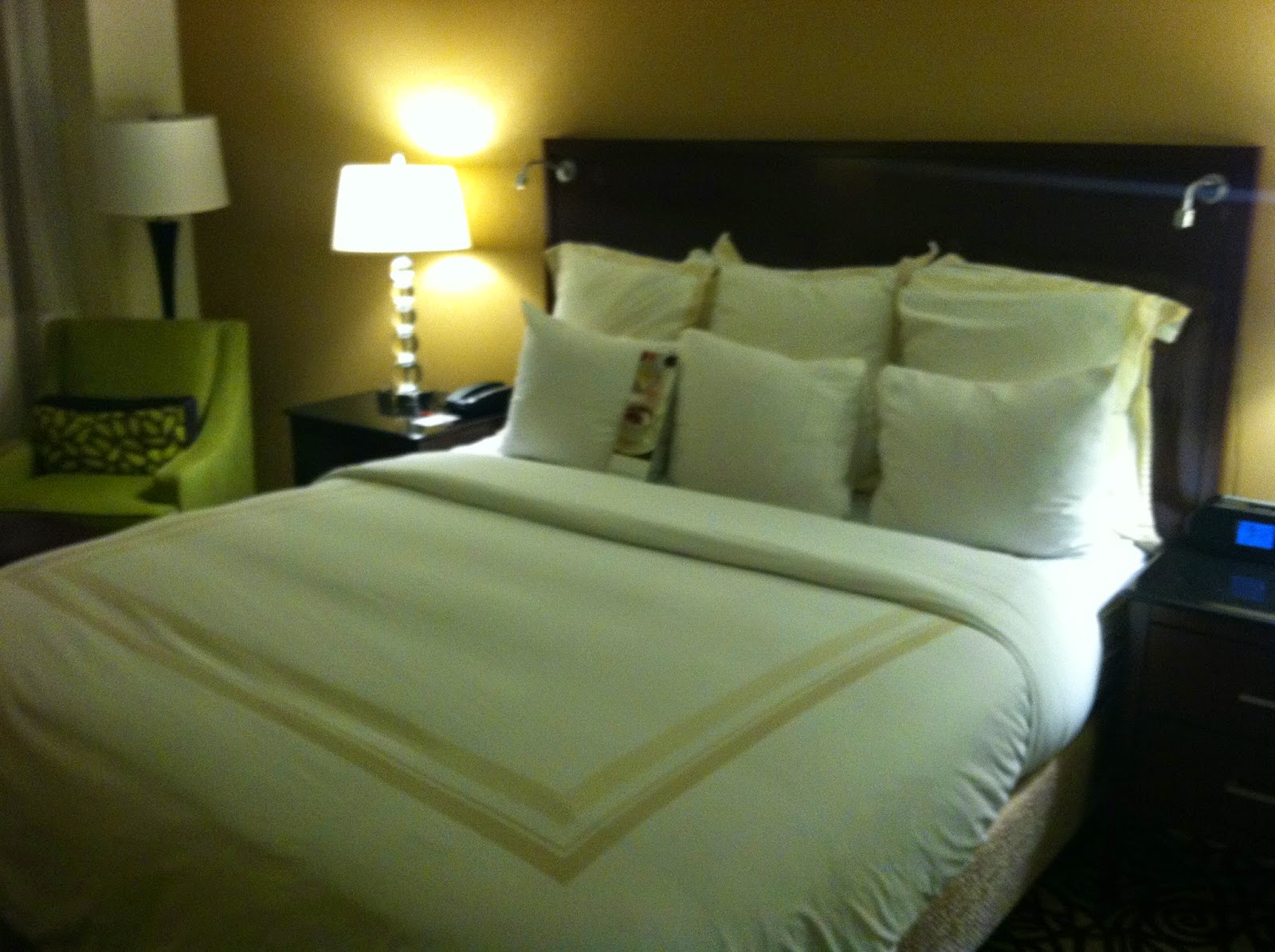 Six pillows all for meeeee!!!!

The only bad thing about the Mariott was that when I asked the concierge for directions to the Portland Art Museum (less than a mile away) he had to look up the address and then struggled to find it on the map.

The CSA event was in two parts. First, a docent tour Italian Style at the art museum. It was a touring exhibition from the V&A and full of high glamour. Photos weren't allowed, so you’ll have to just enjoy this giant Dolce & Gabbana banner outside the museum. 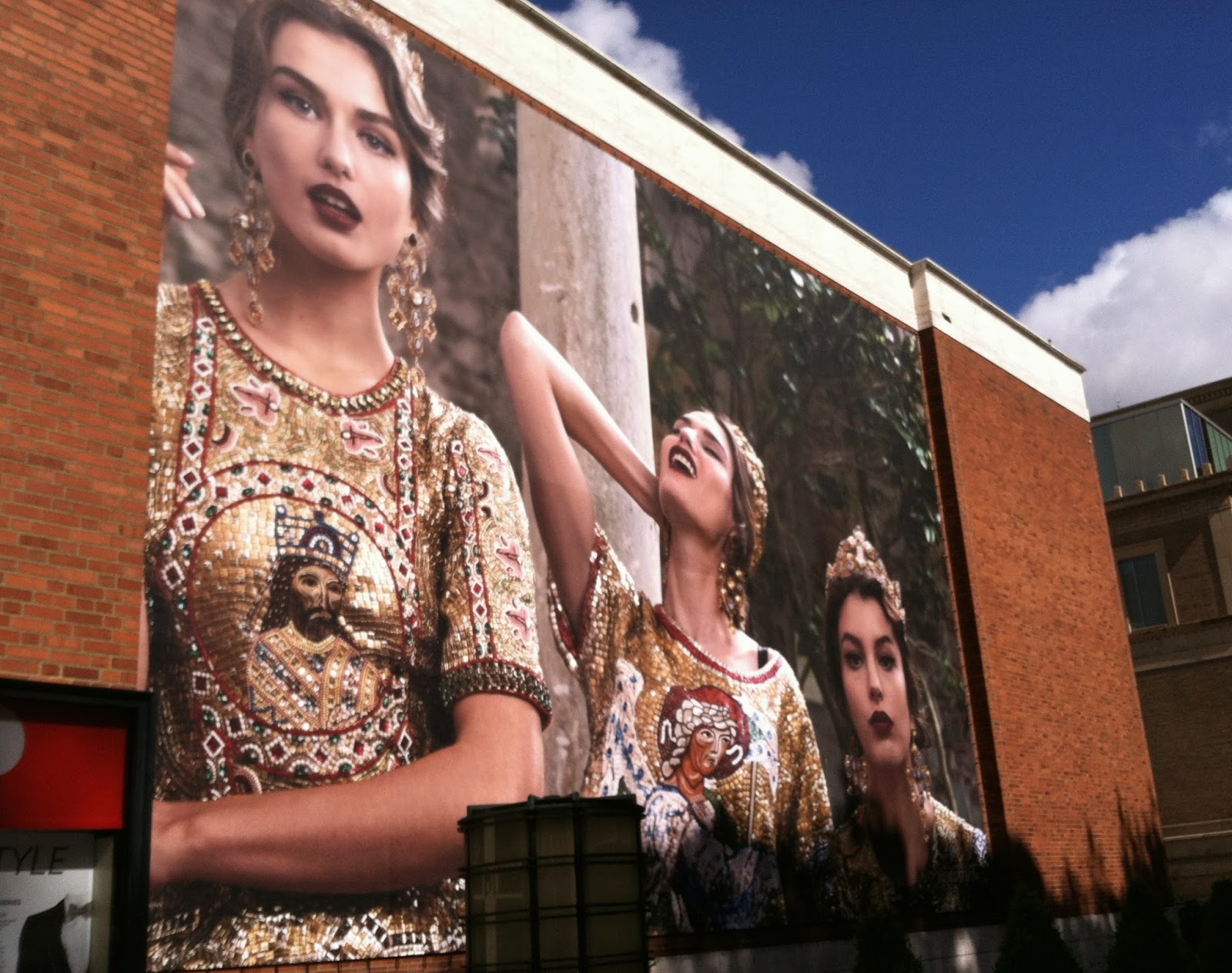 I sort of felt bad for our docent, whose script was clearly not intended for people who already knew a lot about fashion history.  There was one pretty awesome new piece of information though: apparently Emilio Pucci went to Reed College and his first design job was making uniforms for the college ski team. 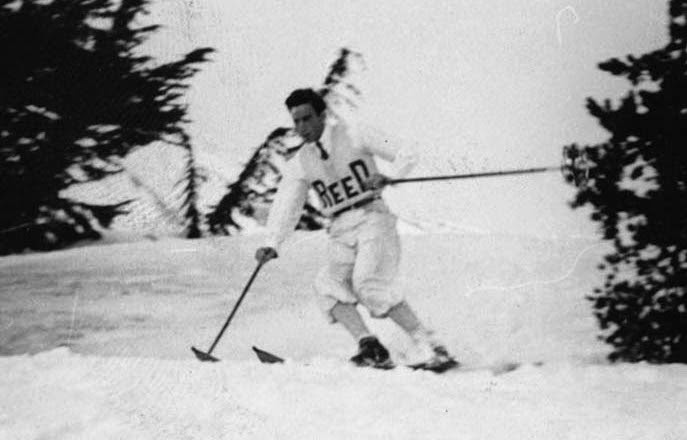 Besides the fashion, the best moment on the tour was when a conservator in the group spotted a centipede crawling on one of the platforms near the garments. She grabbed the only piece of paper nearby, leapt onto the platform, and mercilessly squashed it.  The piece of paper turned out to be the docent’s notes.

In the afternoon we had the option to sign up for something called the “Portland Style Tour.” We went by bus to four stops: 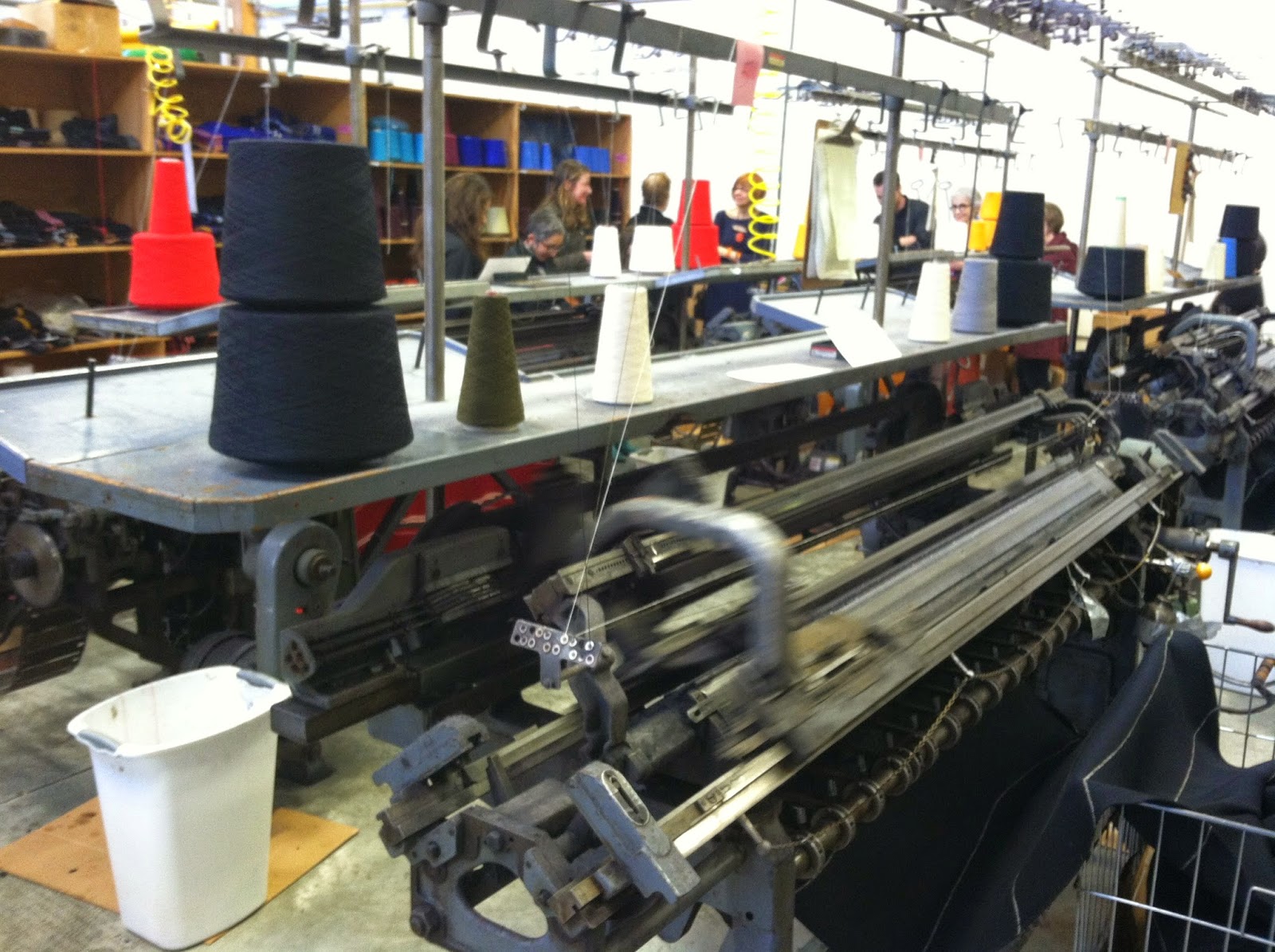 This was probably my favorite stop. Dehen is a heritage brand that was started in 1920 and makes school sweaters, letterman jackets, and cheerleading uniforms, as well as their own line of classic styles. They had these totally cool knitting machines from the 1950s and the floor was slippery with fabric fuzz which of course made me think of... 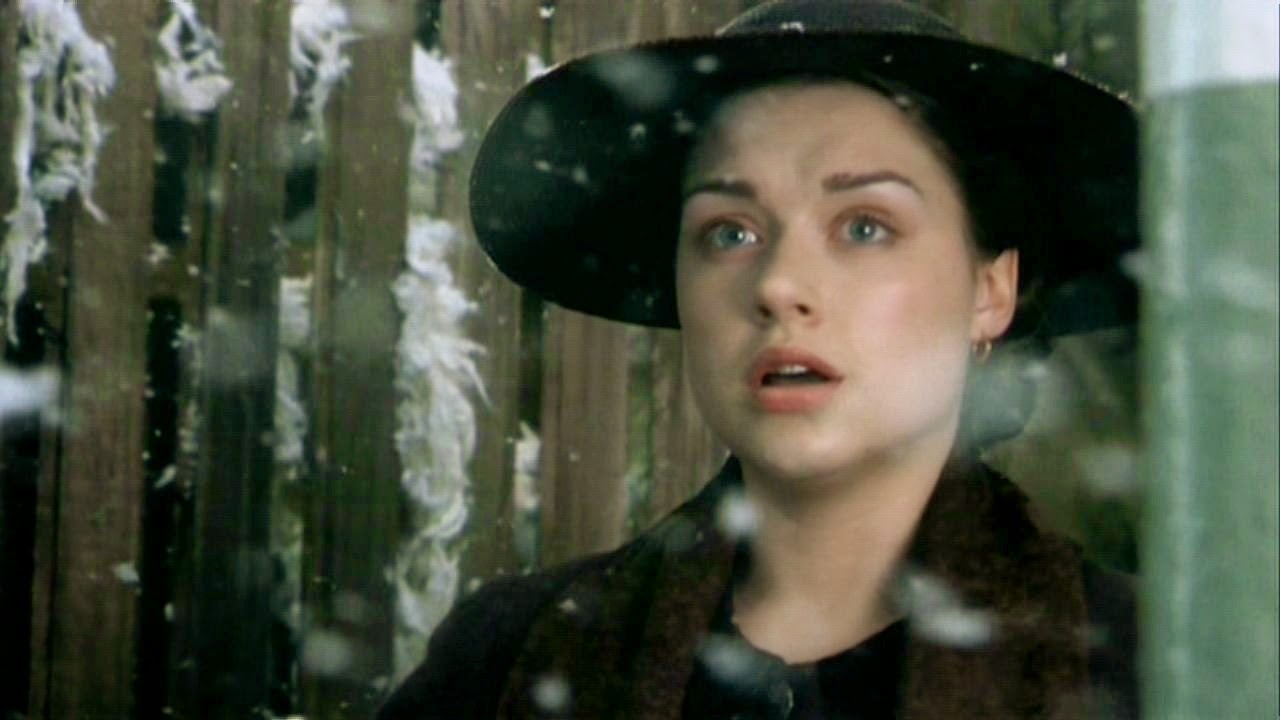 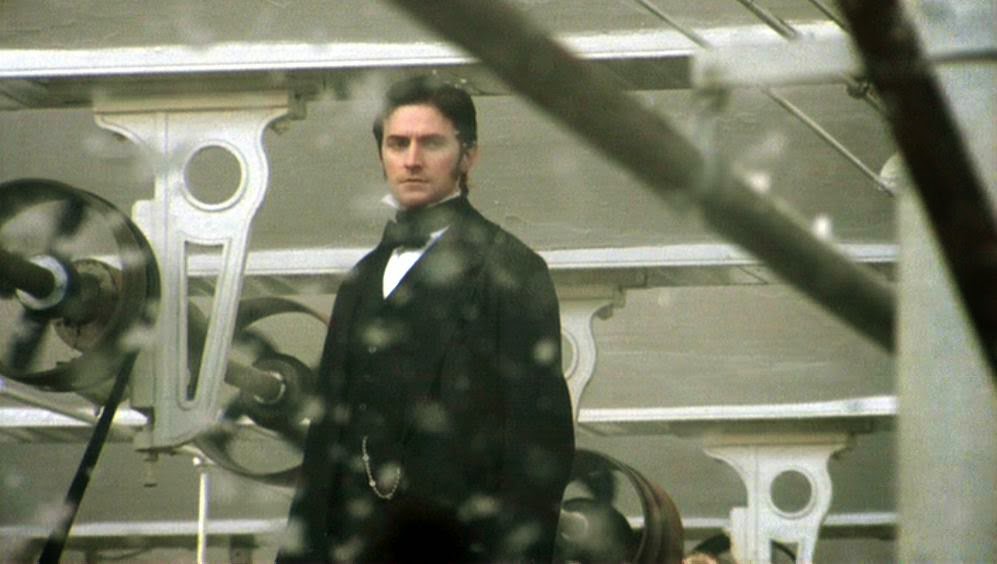 Tragically, I was not romanced by the mill owner and so had to move on to the next stop... 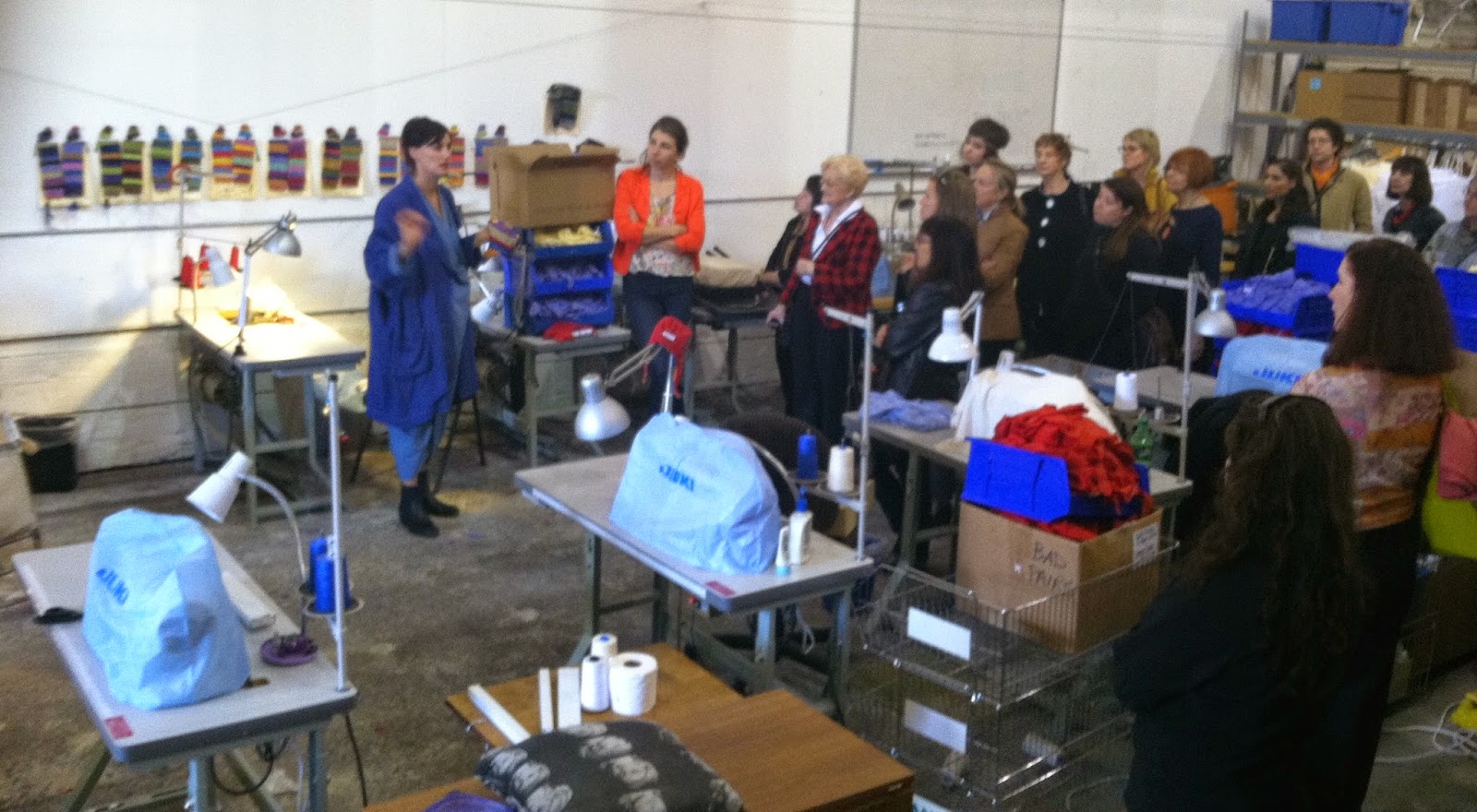 This was a more modern factory concept: two women who saw the need for a factory that would do small runs for local designers as well as bigger projects for companies who want their stuff made domestically. It is a brilliant idea and they seem to be doing well.

Starting with this stop all our speakers where young and hip and occasionally spoke in Portlandia-worthy quips. The best from this location: “Inspiration struck while I was touring with my husband’s band…” 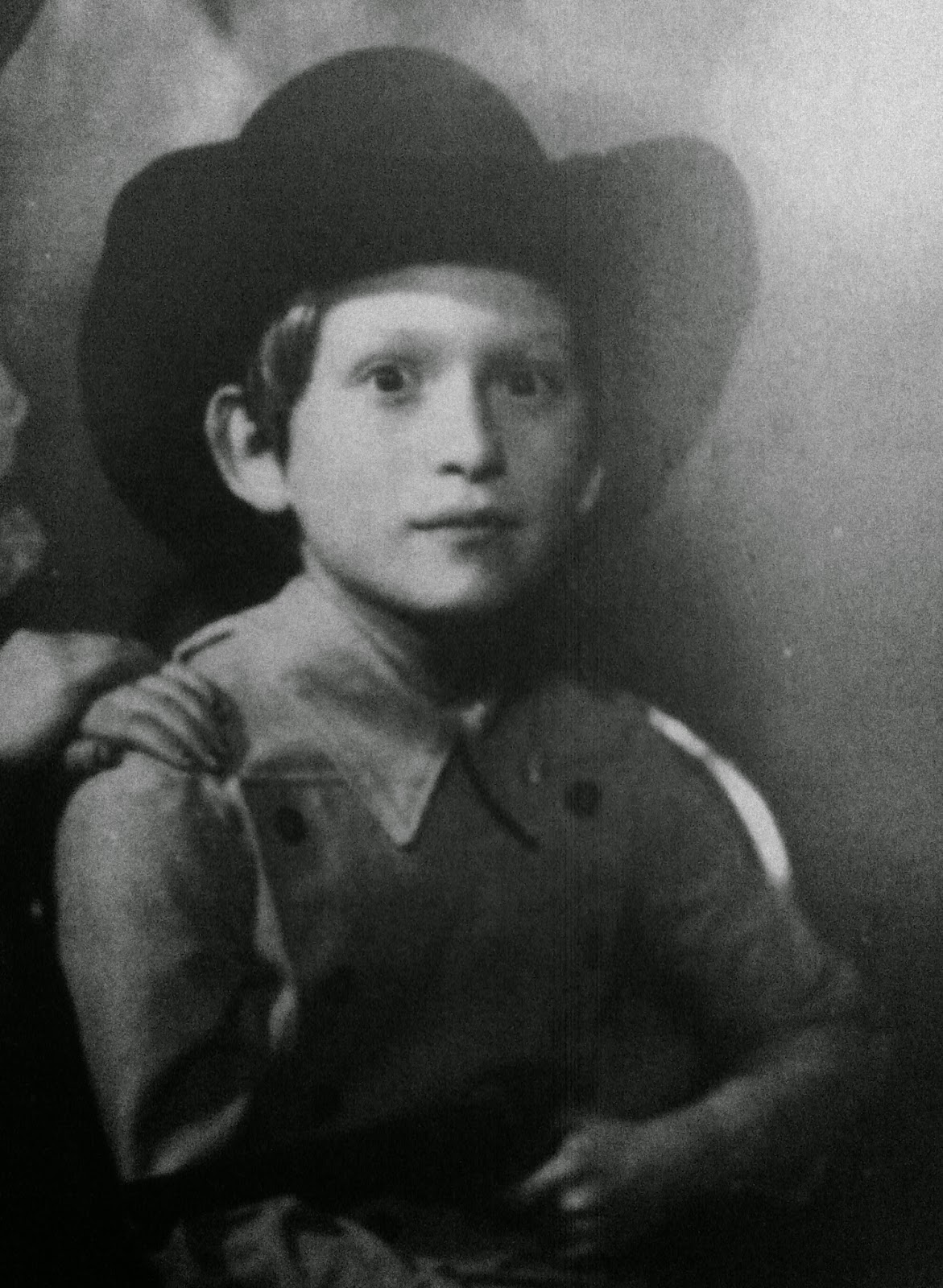 I knew a little about Adam Arnold from the Fashioning Cascadia exhibit I saw last time I was in Portland. Basically he is designer who does only bespoke work, and our tour guide described him as a “local eccentric.” You can get a sense of what the visit was like from the following facts:

-No shoes were allowed in the studio space

-We were provided with tea and shortbread cookies he had baked

-He handed out his card which had a picture of him at 5 years old, dressed as a cowboy

-When asked about his influences and other favorite designers he answered “I pretty much get inspired by everything but fashion and designers.”

Some of it was a bit eyeroll worthy, but I also sort of wanted him to be my friend and have him make things for me.

So, apparently this woman won Project Runway? This was way beyond when I stopped watching. The designs we saw in her studio space were nice and she seemed like a talented person who probably wasn’t the villain of her season. However, I had a hard time not rolling my eyes at the following comments:

“I didn’t study fashion. I come from an art background.”

“I don’t follow trends. For me it is emotional.”

I know what she is trying to say, and great designers have to have creative minds that produce ideas that are all their own. But isn’t there always someone on Project Runway who says this? And then their stuff ends up being pretentious and unwearable or totally derivative even though they are convinced NO ONE HAS EVER MADE THIS SHAPE BEFORE EVER.

Also the whole “I don’t follow trends” and “I don’t get inspired by fashion” is buying into this whole idea that fashion is “bad” and so they are "different" and above all that. Hey, guess what-- small, DIY, “artisanal” designer operations ARE a trend. You are part of the fashion system AND THAT IS OK.
Also:

Posted by ClaraBerg at 10:12 PM No comments:

One of the projects I'm working on right now is an inventory of the shoe collection. It has been very exciting to come across items from Seattle businesses and pieces that are just downright fabulous. But this week we were presented with a little bit of a mystery.

On Friday this relatively benign pair of shoes was up next to be photoed, measured, and condition checked: 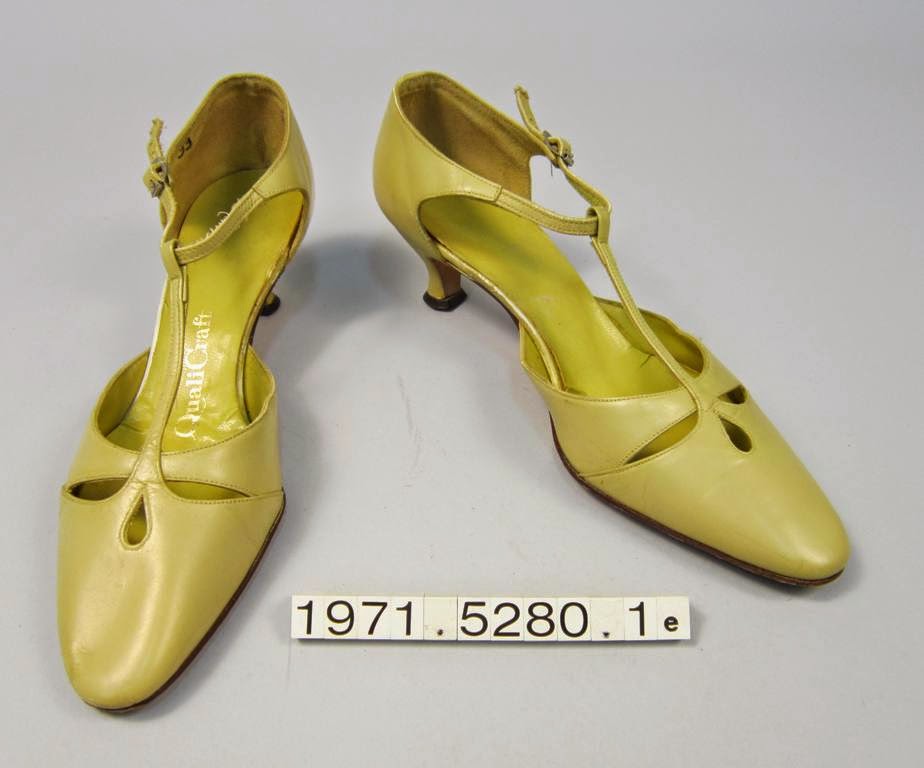 My intern, faithfully updating the record in the database stopped and commented, "So...in the description it says 'Shoes said to have been made for Julie Andrews in the 20th Century Fox Movie The Star'...what does that mean?? Did Julie Andrews wear those shoes???"

Instinctively skeptical, I brushed it off. (MOHAI also has a bloody scarf that Mrs. Lincoln apparently was wearing on the night of the assassination. I looked into it and there is a 98% chance of that claim being totally hooey).

The only thing that gave me pause was the fact that there were marks on the soles that looked like they had once been taped with masking tape. That is a short-term solution for giving shoes some traction on a smooth floor--often seen on shoes worn for fashion shows or in the theater.

Then there was a second pair with a similar claim in the description: 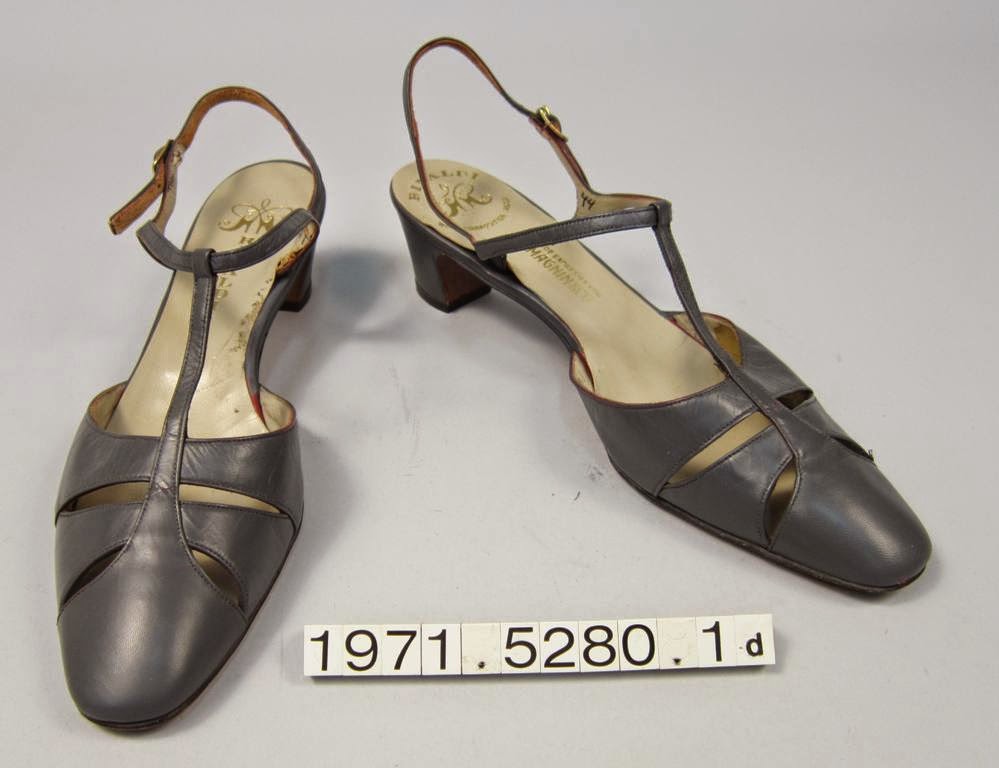 These also had tape marks, including on the inside. AND they looked like they may have been painted to go from red to gray. All touches consistent with quick-fixes for costuming purposes.

Then there was something else nagging me. Guess who donated the shoes? 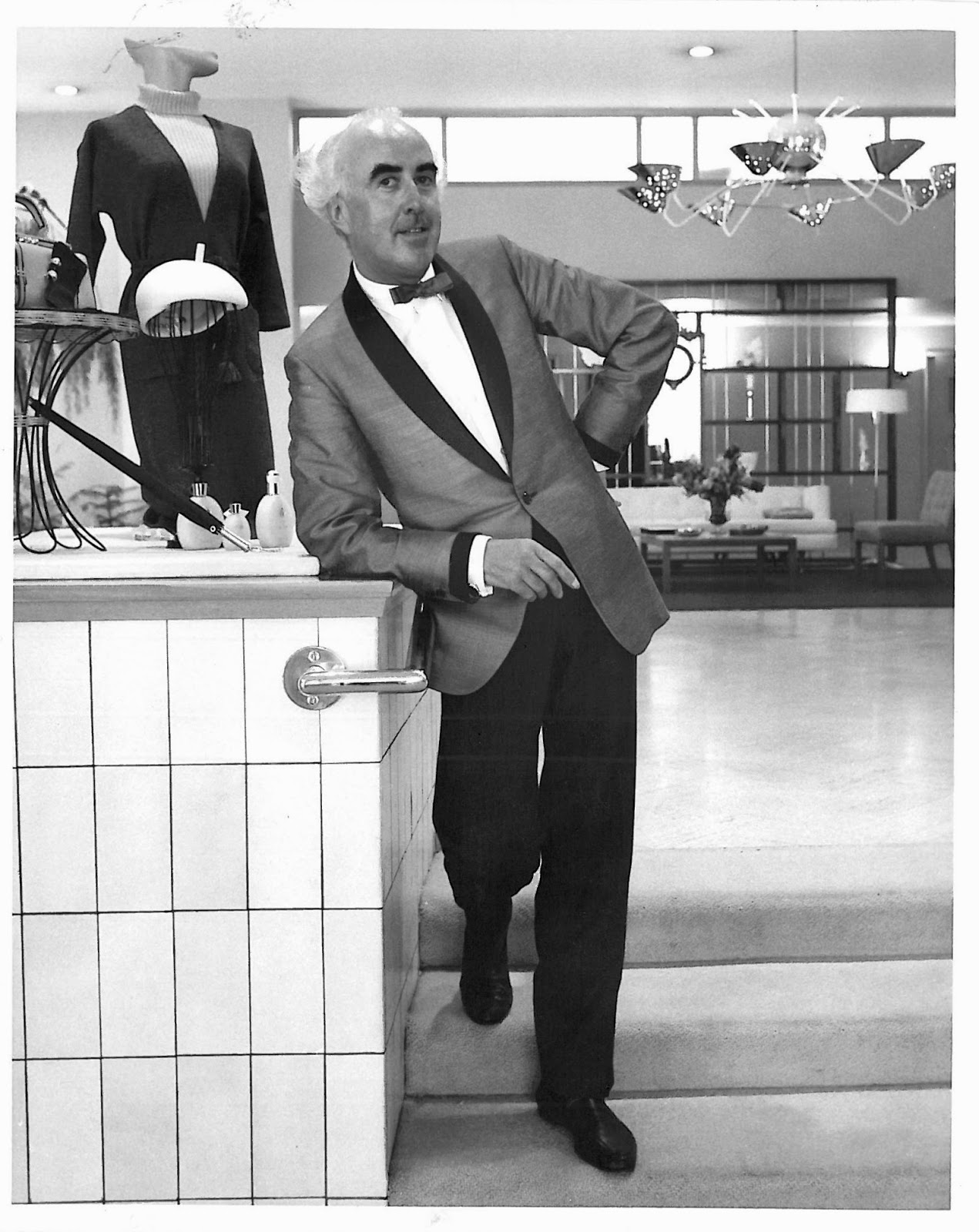 John Doyle Bishop, connoisseur of the fabulous and friend to the rich and famous, seems to be JUST the kind of person who would enjoy owing a pair of shoes worn by an icon. 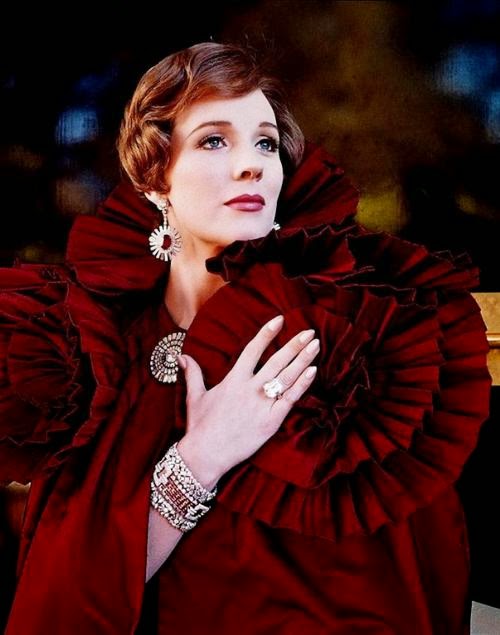 The more I thought about it the more I thought it COULD BE. I mean, it's not like the record was claiming that these were Dorothy's ruby slippers. As fabulous and amazing as Julie Andrews is, Star! was not a big hit and Hollywood churns out hundreds of movies each year. Clothing pieces worn by stars in lesser-known pictures must end up somewhere.

In total, there were actually four pairs of shoes and one hat in this donation, all claiming to be from this movie, all worn by Julie Andrews, all donated by JDB. I did some research and the costumes for Star! were done by Donald Brooks, the New York-based fashion designer who also did costumes for movies and the stage. And GUESS what Seattle store sold Donald Brooks?? 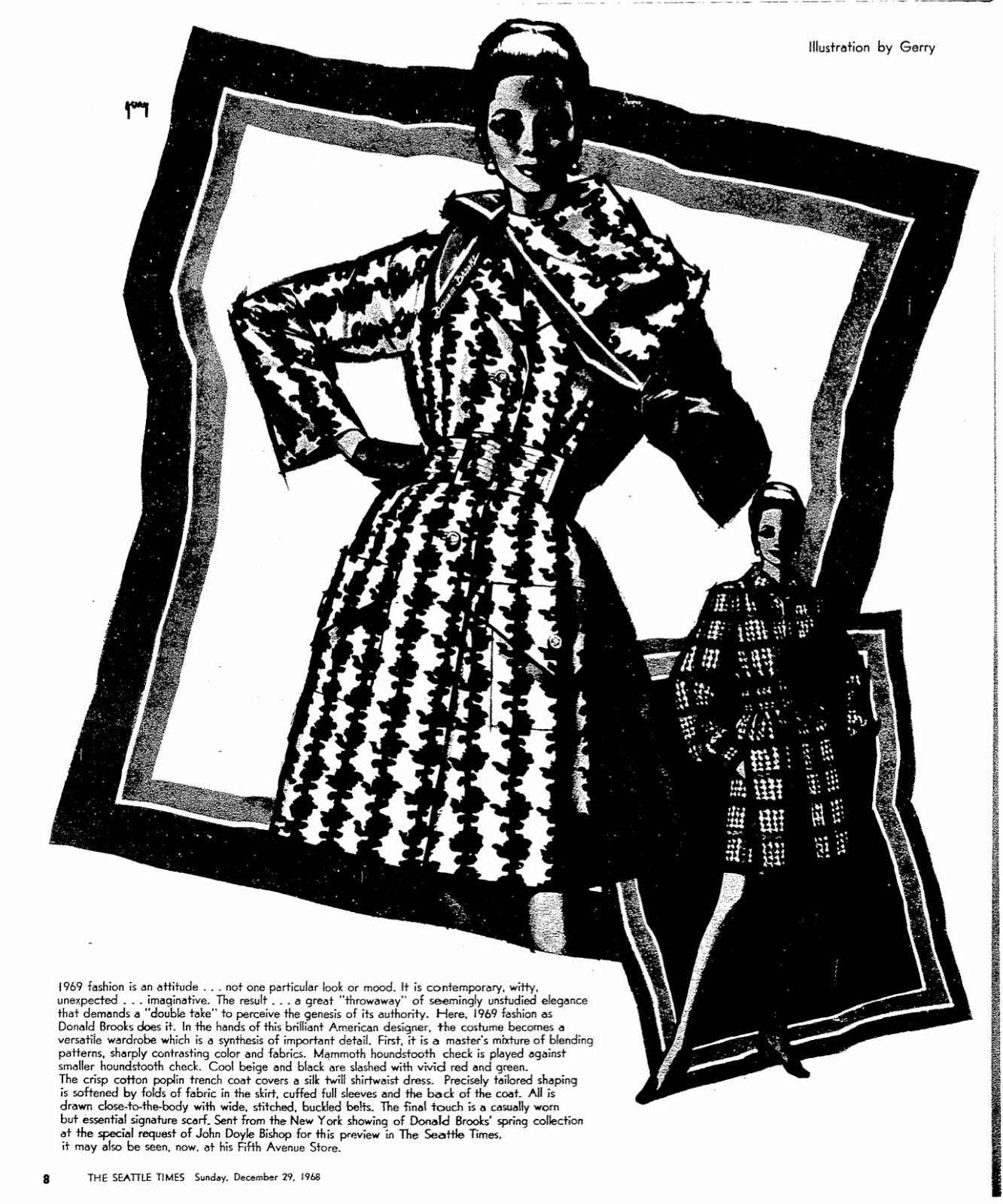 This is a sketch from the Seattle Times advertising a special showing of Donald Brooks clothing at John Doyle Bishop's store in 1968- the year that Star! was released.

I don't think that this evidence is conclusive but I think it makes the claim plausible. What do you think? Obviously the next step is to find a copy of the movie and scrutinize the footwear!
Posted by ClaraBerg at 2:13 PM 3 comments:

New York is a Great Place to Vist

“New York is a great place to visit…” the tourist saying goes, “but I would never want to live there.”

This phrase has been repeated by many and derided by many more. I actually heard someone say it on my airplane, who then proceed to talk about their experience staying in a hotel in Times Square. GURL. Of course you can’t imagine living there.

Well, after spending most of last week in New York I would like to submit my own version:

New York is a great place to live, then leave, and then come visit.

A few months ago I got an email from a friend I lived with at Menno House asking if I would have any interest in an April or May visit to NYC. I had been seriously thinking about a spring visit and this was exactly the push I needed. We got another friend involved and booked a room in the guest part of Menno House. 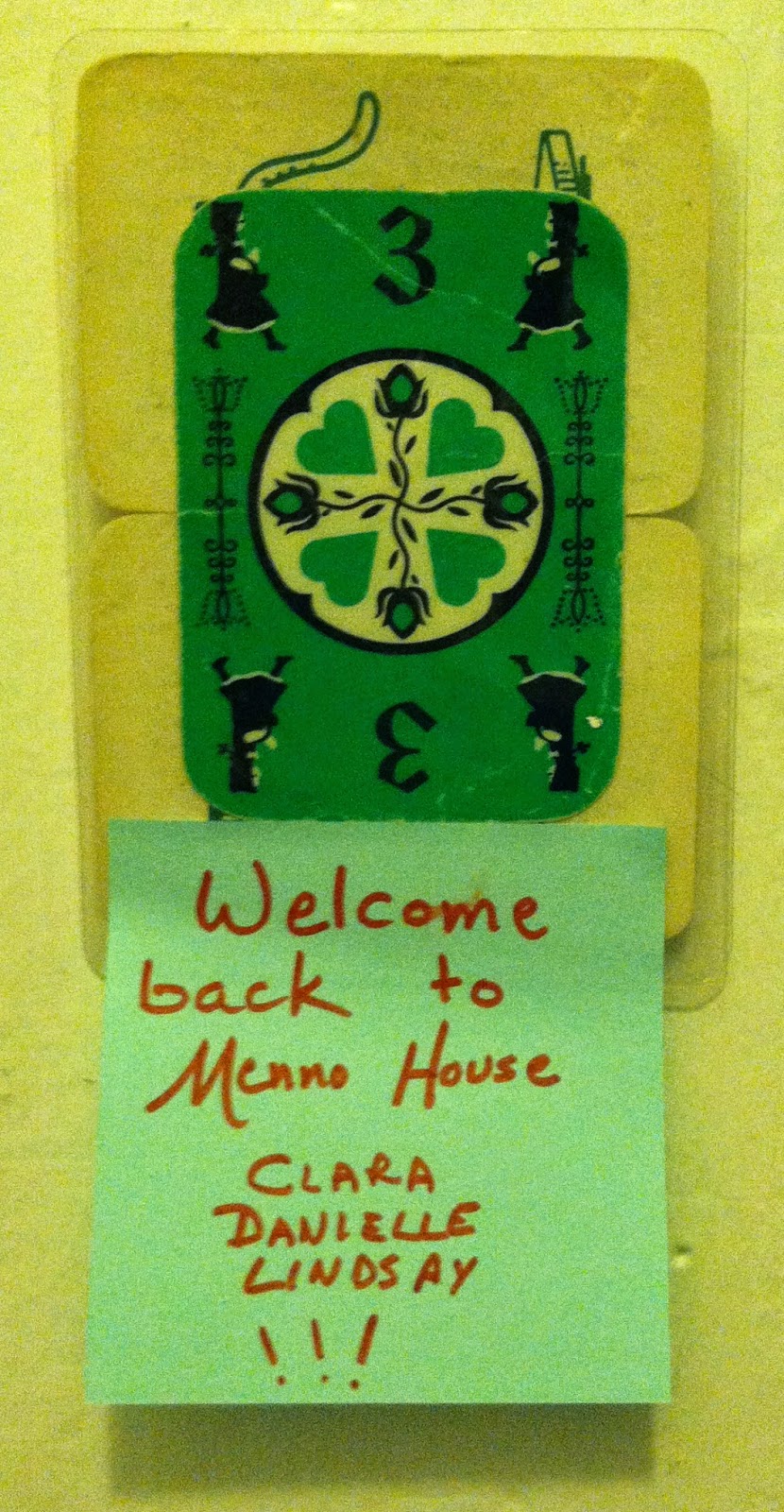 It was a perfect setup. We were all familiar enough with the city to be comfortable navigating the subways and the neighborhoods, and since we had already visited many of the sites there was no pressure to pack in everything. But we were still tourists, and so had fun doing new things and splurging on activities when we felt like it. If you want to have a wonderful time in New York you should definitely live there for a couple years and then come back for the visit.

Mad Men exhibit at the Museum of the Moving Image

Pretty good over all although smaller than I expected and some of the objects weren't labelled or didn't have much information. They assumed every viewer was a huge fan of the show and would recognize each piece. But, for example, there was an outfit in the “Betty” section that was totally unfamiliar to me. When did Betty wear velour hot pants?? Or was it actually a Sally outfit on an adult mannequin?? I would post a picture, but photography wasn’t allowed and I am nothing if not a museum rule-follower. So here is a gif of Bob Benson in his short shorts:

The rest of the museum was loads of fun and perhaps better than the Mad Men exhibit. I usually skip interactives but they several which were very clever and enjoyable.

Ate a mind-blowing wrap in a chair swing

Falafel, pickled red onion, toasted sun­flower seeds, pick­les, and sesame sauce all wrapped in a fig dough tortilla which was cooked fresh in front of me. WHUT. The weird chairs suspended from the ceiling actually weren't that comfortable but we sat in them anyway. 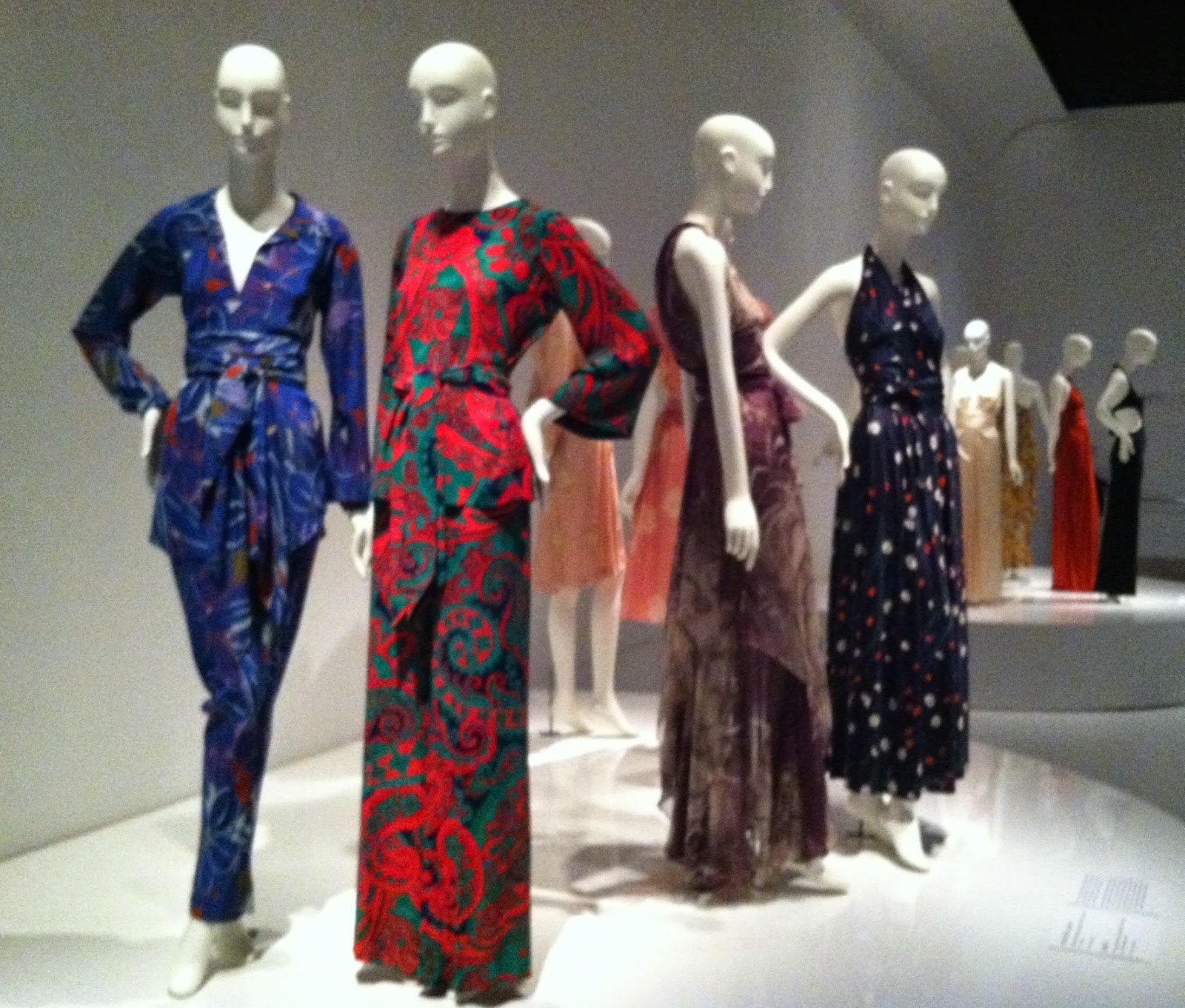 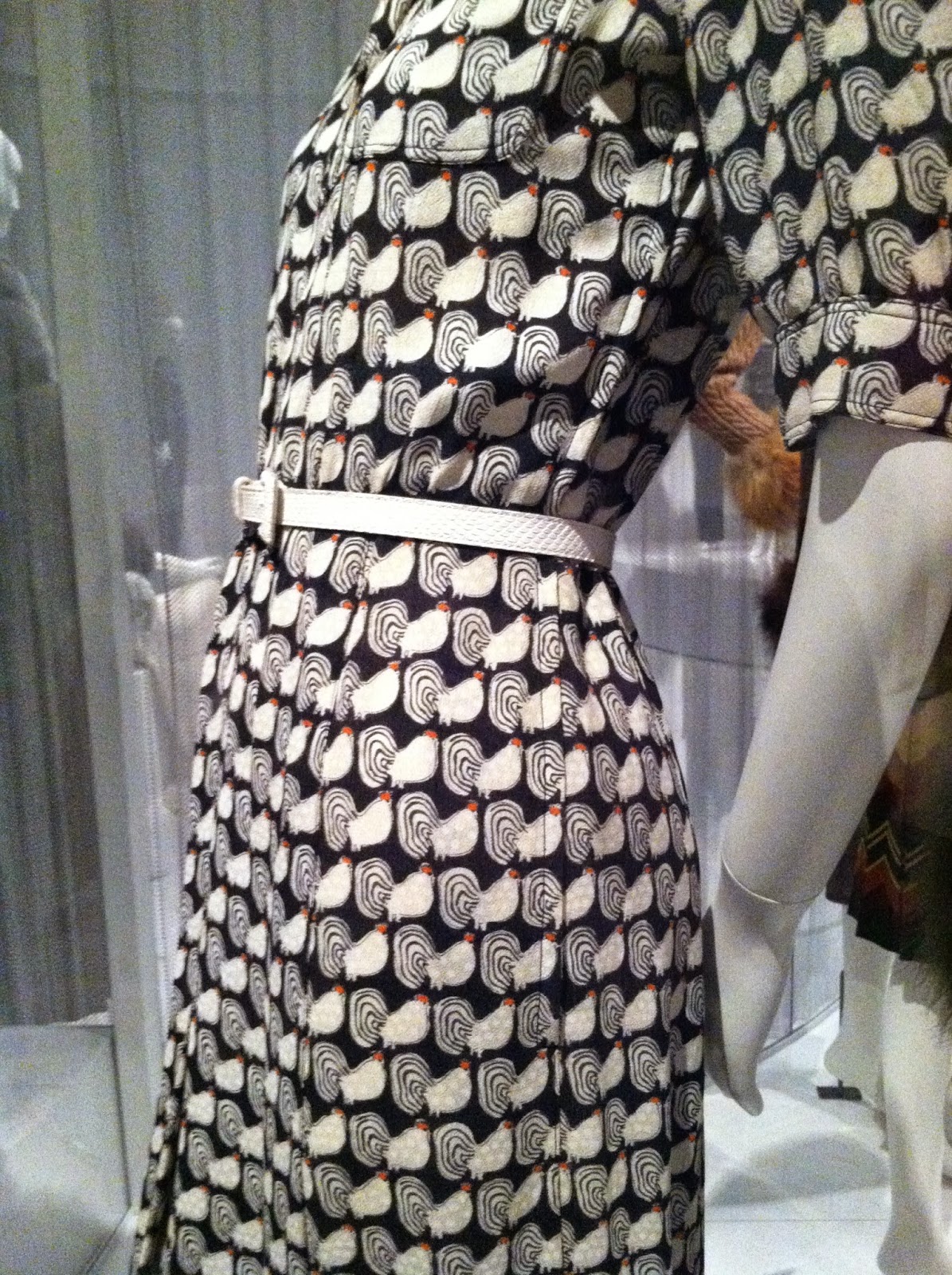 There were multiple times when my brain was screaming I AM SO ENTERTAINED RIGHT NOW. Also, I was doubly entertained with the men who were sitting behind us who were very vocal about their enjoyment. When the main drag queen character would appear onstage in something fabulous they would audibly emote things like "YESSSS" and "SHUT. UP." 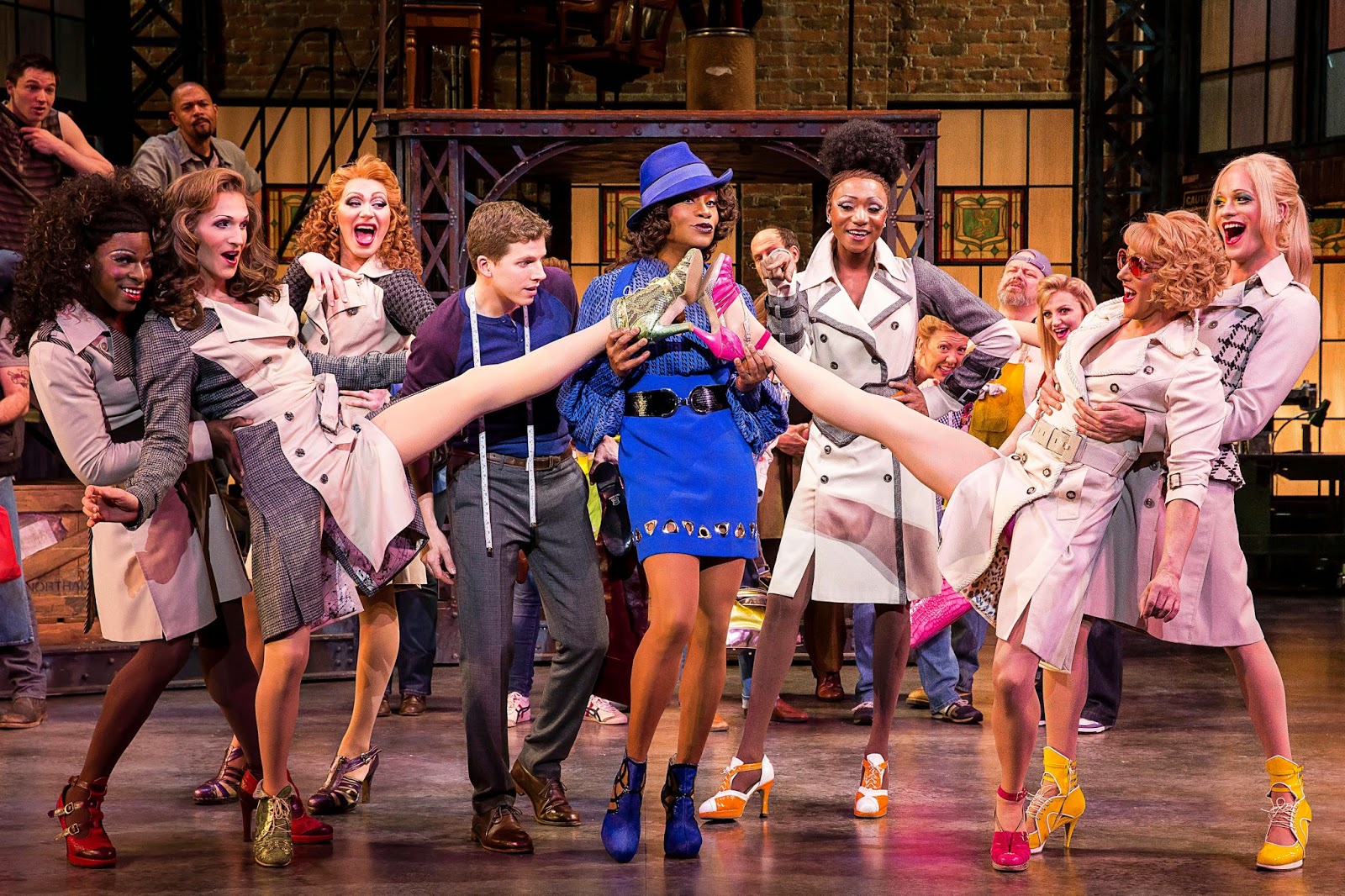 Which we were all thinking anyway

So Much Fun Time with Friends 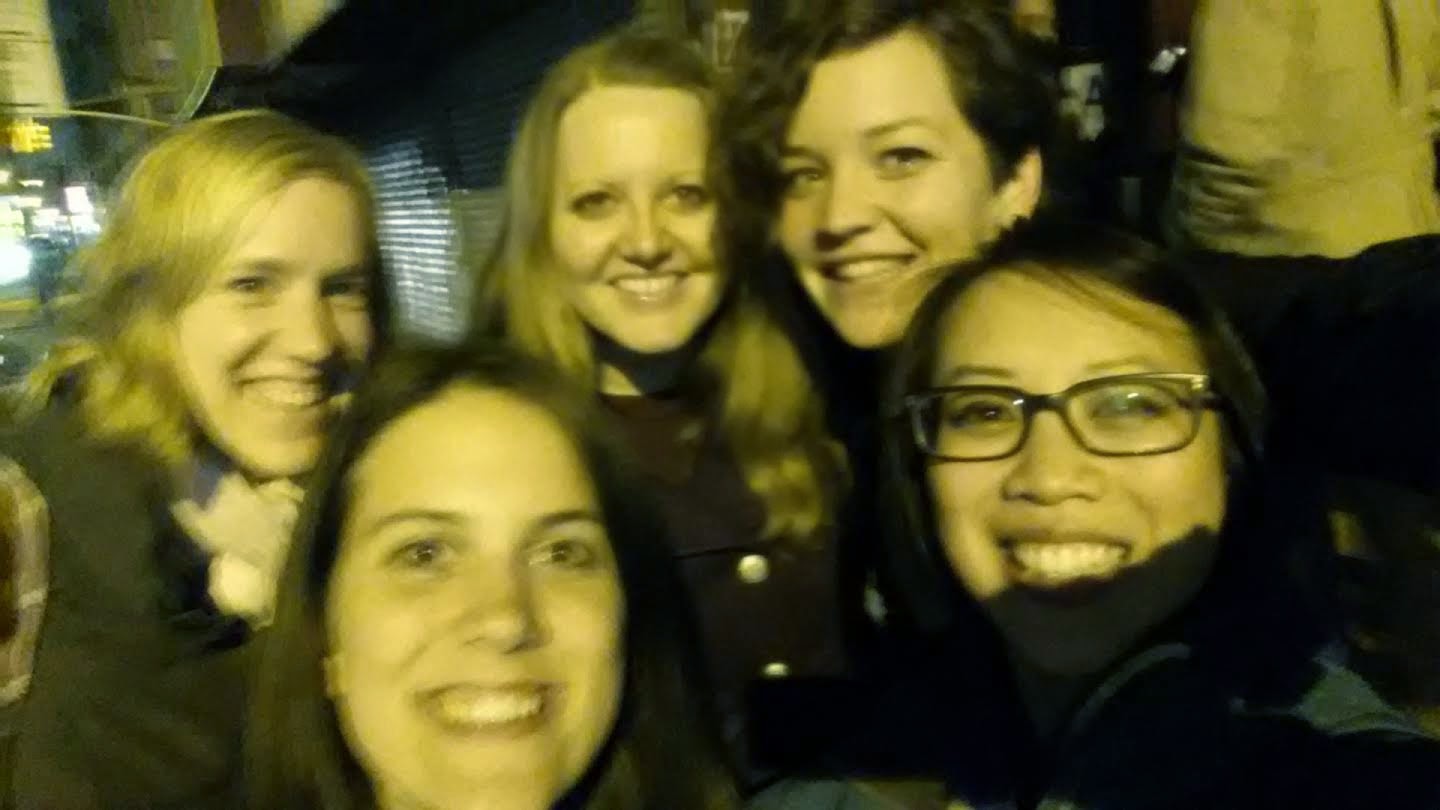 What I miss most about NYC is the people. Great classmates, great coworkers, great housemates, great mentors. Why you all gotta be so far away? Oh wait, I guess I was the one that moved...
Posted by ClaraBerg at 6:41 PM No comments: